Since 2017, Ms Thomas has been elected to the Columbia Association Board of Directors as the representative from Oakland Mills Village and currently serves as Vice Chair.

She is the CA Board liaison to the Climate Change and Sustainability Advisory Committee and the Board Operations Committee. She served on the CA Audit Committee and liaison to the Aquatics Committee. She was the Honorary Chair of the WinterGrowth’s 40th Anniversary Celebration in 2019. She serves on the Maryland Disabilities Forum and the Local Leadership Team for Oakland Mills Village project of the Howard County Local Children’s Board.

Ms Thomas retired as Director of Community Health for the Center for Health Program Development and Management (Hilltop Institute) University of Maryland Baltimore County. Ms. Thomas served 12 years as a State Legislator in the Maryland General Assembly, and has been recognized as a legislative leader with expertise in healthcare environment, and human services. Prior to that she served for eight years on the Howard County Council and Zoning Board.

Known for her community outreach and volunteer activities, Ms. Thomas currently serves as Past President of the Maryland Gerontological Association where she served as President for 10 years. She is a past board member of the Mental Health Association of Maryland, Humanim, Grassroots, and numerous other Boards and Committees in Howard County and Maryland. She is also one of the Founders of the Rt. 1 Day Center Partners for the homeless, many of whom live in tents along Rt. 1. She also was one of the Founding Members of The Village in Howard and served on the board for two years. Ms Thomas received an M.S.W. in Psychiatric Social Work from Rutgers University, an A.C.S.W. in Administration from Penn State, and a B.S. in Secondary Education/Psychology from Farleigh Dickenson University. A lawyer and former Maryland assistant attorney general Bruce Martin currently serves as executive director of the Montgomery County Maryland Merit System Protection Board. Before retiring from state service, Mr. Martin was counsel to the Maryland Department of Budget and Management, where he represented the state with regard to operating and capital budgets, fiscal matters, contracts and procurement, and employee relations. His experience also includes service as an assistant legislative officer to the Governor of Maryland; counsel to the Maryland Departments of Juvenile Services, Disabilities, and Human Resources; the Governor’s Office of Minority Affairs; and the Governor’s Office of Crime Control and Prevention; and as an attorney in private practice. Retired director of social services, Winter Growth, Inc.; social worker with a focus on dementia care. Ms. Bednarzik has over 25 years of clinical and management experience in social work, mental health and aging. She was director of and assisting in developing several model assisted living programs, including Ruth Keeton House and Winter Growth. She served on various boards and advisory committees, including the Coalition of Geriatric Services, the Howard County Mental Health Committee, the University of Maryland School of Social Work Advisory Board, the Association of Community Services Board, and the Alzheimer’s Respite Care Advisory Board. She holds an M.S.W. with a concentration in aging administration from the University of Maryland School of Social Work and Community Planning, and a bachelor’s degree in elementary education from Waynesburg College. Mark Bobotek is an attorney in private practice with more than 20 years of experience in elder law. He is a member of the bar and a practicing attorney in Maryland, Virginia, and the District of Columbia. Mr. Bobotek limits his practice to estate planning and elder law, including asset protection from nursing homes, wills, trusts, estates, powers of attorney and health care documents, charitable giving and related areas. He served on the board of the National Network of Estate Planning Attorneys, the board of managers for the Howard County YMCA, and the advisory board of Deerfield Senior Services. He is a current member of ElderCounsel, the National Academy of Elder Law Attorneys and the Howard County Bar Association. He has authored numerous articles and other publications, writing and speaking frequently on estate planning and elder law issues. He is a graduate of George Mason University School of Law, with advanced training in tax law at the University of Baltimore. 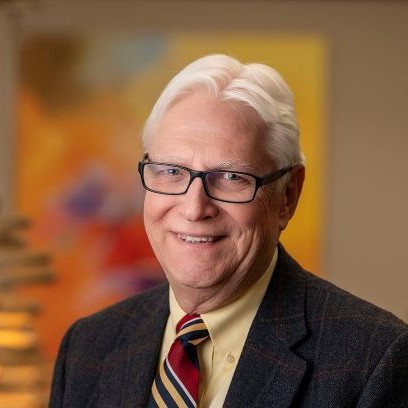 Leo Bruette is a retired certified public accountant who worked in public accounting for more than 35 years. He is a retired tax partner of BDO USA, LLP, a CPA firm that operates internationally. Mr. Bruette managed tax engagements for a variety of business enterprises as well as non-profit entities and individuals. He received a B.A. – History from the University of Maryland, College Park; in addition, he holds a Certificate in Accounting and a M.S. – Taxation, both from the University of Baltimore. Mr. Bruette is a member of the Maryland Association of Certified Public Accountants and is a long serving member of its State Tax Committee. Susan Catellan currently serves as vice president of The Whiting-Turner Contracting Company, one of the largest and most successful commercial construction companies in the United States. Over the years she has worked on numerous construction projects – both public and private, and both large and small — including Vantage Point more than 20 years ago. She received her B.S. in civil engineering from Villanova University, an M.S. in engineering technology and management from the University of Maryland, and a certificate in general theology from the Washington Theological Union.

Irma Chapin is a nursing consultant with Prime Health and former owner/operator Millennium Health Services Facilities. Ms. Chapin was owner and operator of six nursing homes and rehabilitation centers in the Baltimore and Washington, D.C., area that served 1,500 residents and employed more than 2,000 employees. She currently serves on the board of directors of the Quality Assurance Committee for the Health Facilities Association of Maryland and has received its Directors Award. 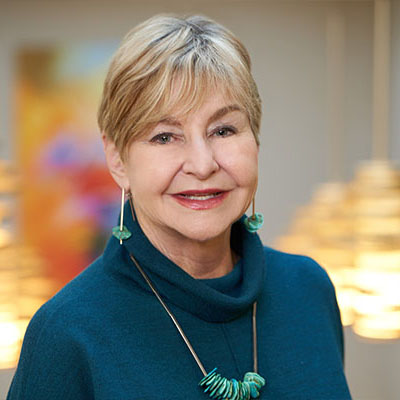 Lin Eagan is principal, The Eagan Team of Long and Foster; former president of Lakeview Title Company; and active in the real estate community since 1979. Ms. Eagan is a past president of the Columbia Foundation and past chair of the Howard County Board of Zoning Appeals, and has served on numerous non-profit boards, including FIRN, the Columbia Festival of the Arts, and the Howard County Chamber of Commerce Board of Directors. She is currently active in the Chamber as well as a member of the Wilde Lake education committee. A graduate of the University of Wisconsin, she has earned her BA in Spanish and English. Dr. Carol A. Romano, Rear Admiral, U.S. Public Health Service (USPHS) (Ret.), is professor and dean of the Daniel K. Inouye Graduate School of Nursing at the Uniformed Services University of the Health Sciences in Bethesda, Maryland. She received a diploma in nursing (1971) from the Geisinger Medical Center School of Nursing in Pennsylvania and earned her bachelor of science (1977), master of science (1985) and Ph.D. (1993) degrees in nursing from the University of Maryland School of Nursing. Dr. Romano is a fellow in the American Academy of Nursing and the American College of Medical Informatics. She has served in a variety of leadership positions in the USPHS in the Office of the Surgeon General, including chief nurse officer, and has also worked for 34 years at the National Institutes of Health (NIH), Clinical Research Center. She is contributor and editorial board member for several professional journals, recipient of multiple NIH, Department of Health and Human Services and university awards, and acknowledged in the World Who’s Who in American Nursing.

Former Director of the District of Columbia Department of Mental Health which became the Department of Behavioral Health (2006 to 2015). During his tenure Steve led the development and management of the public mental and substance use disorder treatment services and supports which included ending the 37-year court oversight of the District’s mental health services as well as the Department of Justice Civil Rights of Institutionalized Persons Act (CRIPA) case against Saint Elizabeths Hospital.

Prior to joining BMHS, Mr. Baron was employed by Sinai Hospital of Baltimore where working with the leadership of the Department of Psychiatry and a group of Baltimore businessman he helped create People Encouraging People, Inc. (PEP), a comprehensive community-based rehabilitation program for individuals with serious mental illness. Mr. Baron served as PEP’s first Executive director.

In 2016, he was selected by the National Association of Social Workers Foundation to receive its 2015 Ruth Knee-Milton Wittman Award for Lifetime Achievement in Health and Mental Health Practice. Victoria Imre is currently the President of Athenix Solutions, a technology company supporting the USG. During her career, Ms. Imre has worked with international and US based companies in the commercial and government sectors where she has served in operational, marketing, and program management leadership roles. She has been a resident of Howard County for over 25 years and has enjoyed volunteer positions in support of community organizations. She earned a B.S. in Communications from Towson University, Masters in International Management from University of Maryland, and is PMP Certified. A Vantage Point resident; president of the Vantage Point Residents’ Association, Leon A. Rosenberg, Ph.D. (Lee), is a clinical psychologist, Johns Hopkins University professor emeritus with joint appointments in the Departments of Pediatrics and Psychiatry in the School of Medicine and in counseling in the School of Education. He was on the faculty of the Division of Child and Adolescent Psychiatry for 45 years before retiring in 2000 and entering private practice until 2009. He and his wife moved to Vantage Point in Columbia in August of 2010. 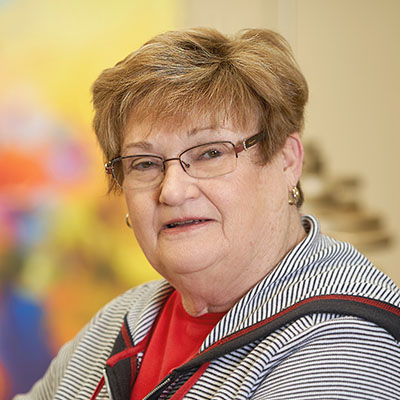